What is VU+ Ultimo?

VU + Ultimo is not a super compact receiver but that is understandable since it offers internal PVR option and three tuners. But the VU+ Ultimo is definitely very stylish, with the large VFD display in the center, which, incidentally, with a little tweaking can be configured to also show the channel logo. There are no physical buttons on the VU + front end, but touch areas for stand by, changing the channel and volume control.

Behind the front flap on the front, we find 2 integrated card readers, which require softcam installation and addition to those there are 2 common interface ports. 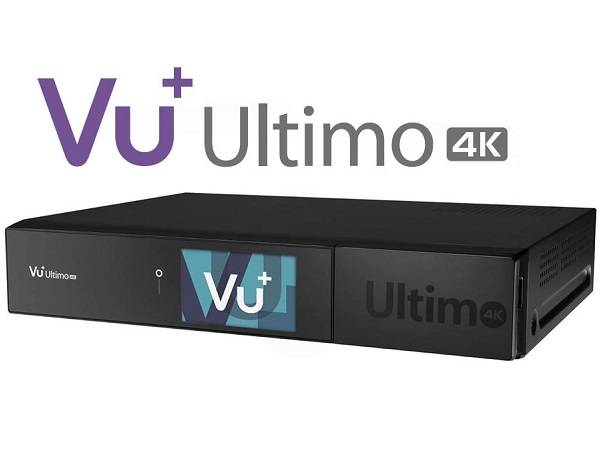 There is no doubt that the VU+ Ultimo is the greatest VU+ receiver released yet. The Ultimo is a very good high-end receiver that delivers on speed, stability, and support. The fast booting and channel zapping is the fastest we have seen compared to similar boxes.

The new remote is not quite what we hoped for regarding design and size but some will probably find the QWERTY keyboard useful even though the Web browser on the Ultimo could use some work.

The 3 tuner option offers the freedom to receiver all 3 types of signals but we do miss an option for receiving DVB-T2.  The 3 tuners also provide the Ultimo with top class PVR capabilities when it comes to recording multiple things at the same time.

In our opinion, the VU+ Ultimo is most interesting for users who really need 3 tuners and those looking for the newest and fastest around. There is a lot going on regarding plugins and image development which also makes it even more interesting.